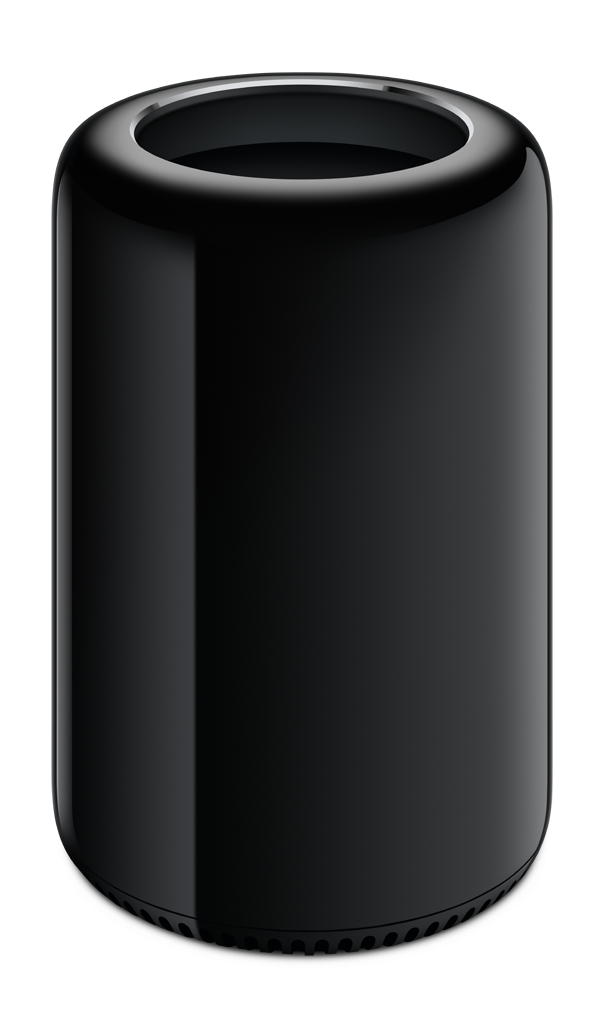 The Mac Pro has been on the center stage as the most powerful Apple Computer that you can buy. However, as announced in 2013, they did a drastic redesign of the entire computer-doing away with the internal hard drive bays and also the size and weight, they completely revolutionized the “tower” computer.

The computer design itself has drawn both scorn and praise from the technical and design communities alike. At just under 10 inches by 7 inches it is the smallest professional grade workstation that Apple has ever made. The entire computer is designed for stability and speed. Love or hate the design, this is the way computers are heading.

Apple has decided to go with Intel’s server line of processors that have 4, 6, 8, and even 12 core processors. The Xeon (socket 2011) processor is made for stability and speed. This processor is different than any processor in Apple’s current lineup because it doesn’t over-clock (speed up) the cores to achieve temporary speed boosts; it’s designed to always run fast. The problem with temporary speed boosts is that they are not as stable as running at a singular speed. What this translates to for professionals is, less artifacting, errors, and crashes while running high end applications like video editing, photo editing, and 3D design.

Many new Apple Products come with solid state drives in capacities of 256, 512, and 1TB. These drives are significantly faster than standard mechanical hard drives and the Mac Pro utilizes this new technology. The RAID configuration that has been lost with the new Mac Pros will instead be handled by the new Thunderbolt 2 interface which should transfer up to 20GB/s. Since the new Mac Pro has six of these ports, there is no problem plugging in your thunderbolt displays and external storage devices.

Unlike the previous Mac Pro, the newest iteration comes with Fire Pro D300 and D500 graphics (which used to be an optional upgrade). It not only comes with one, but two of these running in conjunction. These are not the graphic cards you find in gaming machines; these are designed for professionals. Specifically they handle a vast amount of operations per second making them ideal for 3D modeling programs and rendering. Much like the Mac Pro’s processor, these graphic cards are made for stability and reliability, providing the most accurate and error free results. 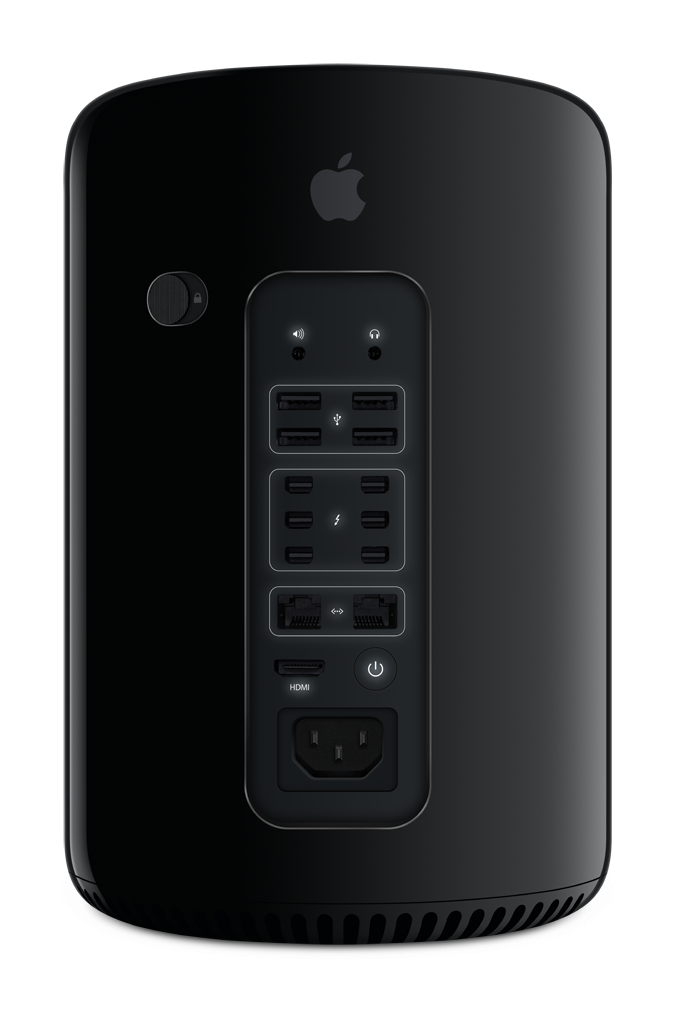 The new Mac Pro supports up to 64GB of fast 1866MHz DDR3 ECC memory using a four-channel memory controller. ECC stands for Error-Correcting Code. This means that data passing through the memory itself does not get corrupted.

The new Mac Pro provides some drastic changes for professionals. While some professionals will lament that there is no internal RAID, external storage options will work just as well or better and will still allow you to have more desk space. The Mac Pro can also run up to three 4k displays or six Thunderbolt displays making this the computer a must have for 4k video editing. The Mac Pro can also be run as a server that is as reliable as any rack mounted server out there.

From the inside out, this computer is built for the professional who does not compromise and is driven to produce the highest quality work.

To find out more about the Mac Pro and how to order one, visit your local Apple Specialist.