When getting a new phone on Verizon, you have two options: you can either activate it on a two-year contract or you can activate it on Verizon's EDGE program. In the near future, Verizon will transition out of two-year contracts and move exclusively to the EDGE plan. For the time being, let's take a look at the difference between the two options so you can figure out what's best for you. 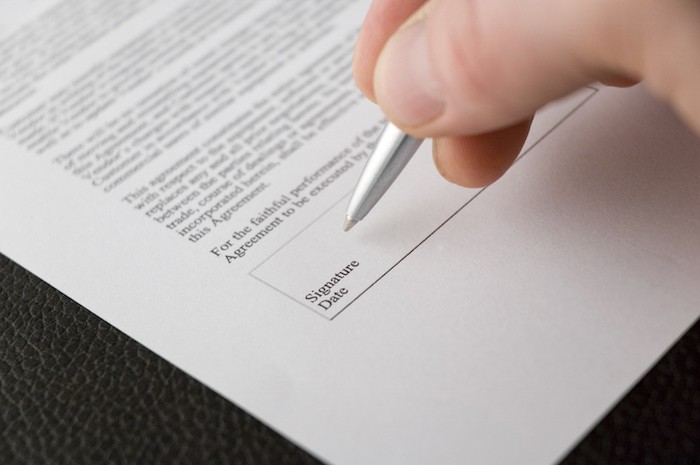 The other fee relevant to a two-year contract is the ETF. On Verizon, the ETF on a two-year contract for a smartphone is $350 when you first purchase your phone and sign the contract. This $350 ETF on “advanced devices” (smartphones) stays for the first seven months of the contract. From months 8-18, the ETF declines by $10 per month. From months 19-23, it declines by $20 per month. In the final month of your contract, the ETF reduces by $60.

The Verizon EDGE service has been around for almost two years now and is the program that Verizon will be exclusively moving to in the near future. On Verizon EDGE, you get your phone for free and pay off the device's full retail price over 24 months. You are not locked into a contract and avoid many of the fees associated with the two-year contract. Verizon also gives you a discount on your monthly service for each line on EDGE.

On Verizon EDGE, you pay the sales tax on the phone when you first get the device and then finance the retail sales price over 24 monthly payments. This means at the end of two years, your phone is completely paid off. You do have the option of paying a down payment on the device when you first purchase it. This will lower your monthly payment. At any time during the 24 months, you can pay off the balance owed on your phone and own it. You can even make a down payment equal to the full price of the phone when you first get it in order to avoid a monthly EDGE payment. On EDGE in order to upgrade to a new phone, you must have 100% of the phone paid off. However, you are not locked into a contract. This means you could get a new phone on Verizon EDGE, pay it off in a month and then cancel the service on the line without paying an ETF.

In addition to not paying upgrade fees or ETFs, EDGE customers get a per line discount on their monthly access fees for each phone on the EDGE program. On a two-year contract, the monthly access fee for a smartphone is $40 per line. On EDGE, you get a $15 or $25 discount off this fee per line. The discount depends on the amount of data on your plan. Accounts with 4GB or below receive the $15 per line discount while accounts with 6GB or more data receive the $25 discount.

Basically, if you have 6GB or more data on your Verizon account and plan on keeping your data allowance at or above that level, the EDGE program is more affordable. For customer's with 4GB of data or less, EDGE is slightly more expensive over two years. In both cases, however, customer's benefit from the EDGE program in the sense that they are not locked into a two year contract and can upgrade their phone whenever they want. You also avoid many of the pesky fees associated with activating your phone on a two-year contract.

Now, let's look at a couple numerical examples. The following two scenarios will compare the costs of EDGE vs a two-year contract for a customer's account with two 16GB iPhone 6's. We will look at an example assuming a 2GB data allowance and one assuming a 10GB allowance. Sales tax in this example is set to 9.5%. 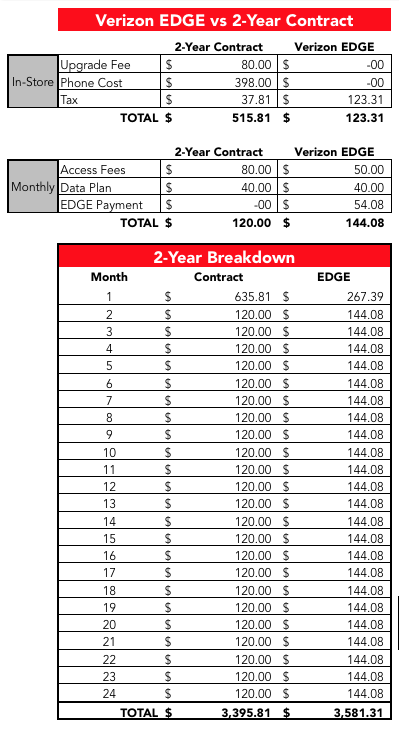 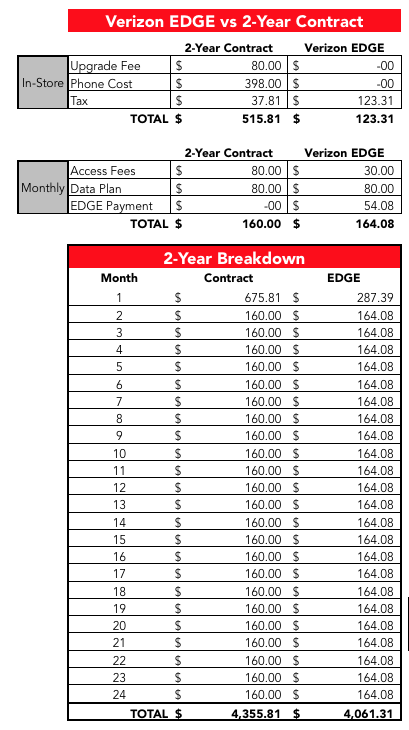 Have any questions about the Verizon two-year agreement or EDGE program? Leave a comment below or reach out to us over our web chat!